U Win Thein (M67) was an outstanding Organizer. He founded Set Hmu Thadin Zin and helped establish the RIT Mechanical Engineering Magazine. He was active in RIT Ah Nu Pyinnya Ah Thinn. He worked for Sittaung Paper Mill and PPIC. He then ran his business (e.g Ya Tha […]

U Aung Moung (M73) was a volunteer for HMEE, SDYF and SPZP. He also helped Saya U Ba Than. He had a medical problem. He also volunteered at selected monasteries. Several monks made their transportation arrangement to attend his last journey at Yay Way.

Saya Dr. Chit Swe was my mentor at UCC. He founded UCC with the help of Saya U Soe Paing, Saya U Myo Min and Saya U Ko Ko Lay (GBNF). I have written many articles about my sayas and colleagues in “Memories of UCC” series. A summary […]

U Win Paing (ChE70) matriculated from St. Paul’s High School in 1964. He won several Golf Tournaments at RGC and BGC. His younger brother U Kyaw Paing played in the Putra Cup. He became a monk (along with U Aung Min) the day after taking the final exam. […]

Some from SPHS63 have passed away. U Aung Khin joined DSA. He worked for Wazi and PPIC. He had two Kidney Transplants. Both kidneys eventually failed. His siblings are U Tin Oo, Glory Ko Gyi and Dr. Thein Wai. Dr. Aung Thwin was a well-known OG in Southern […]

Saya U Ngwe Tun (C) used to run a book shop called “Theingi Maw”. After the demise of his spouse, Saya moved to his daughter’s house. He did not go out during the pandemic, but he got infected by Covid and passed away. ** Notes * Ko Myint […]

U Myo Myint Pe (ChE72, GBNF) was a Monitor for his class. He had medical problems, but he was active in ChE activities. GBNF from the class of ChE72 include Sayama Daw Aye Aye Kyaw Beryl Gyi / Daw Khin Lay Myint ** Notes * Saya U Aung […] 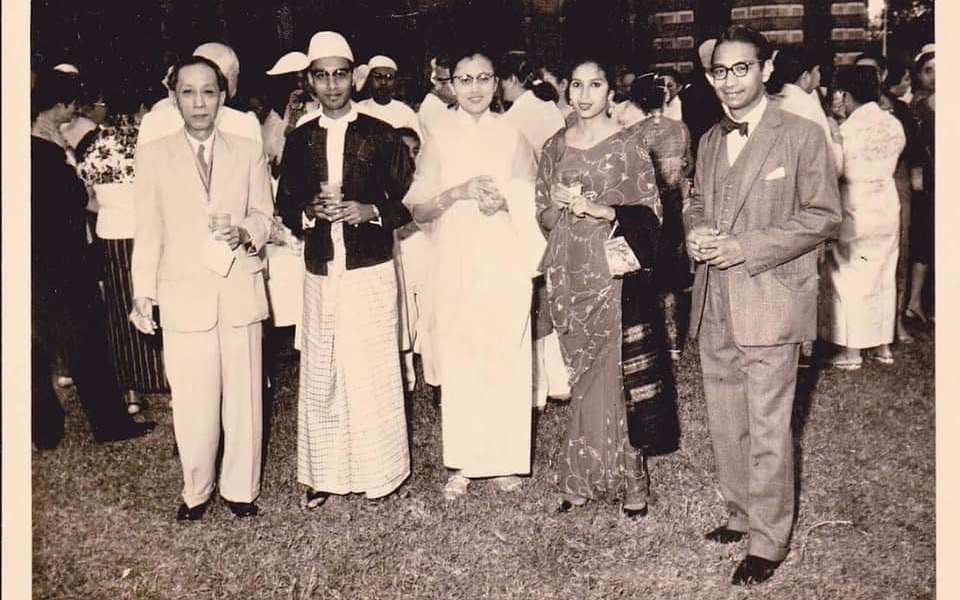 Saya U Ba Hli was the first native Dean of Engineering. He also served as Professor of Civil Engineering. He proposed the Twinning Program of the Faculty of Engineering with prestigious universities in the USA. His son (Saya Dr. F Ba Hli) wrote an article for SPZP-2000. Saya […]