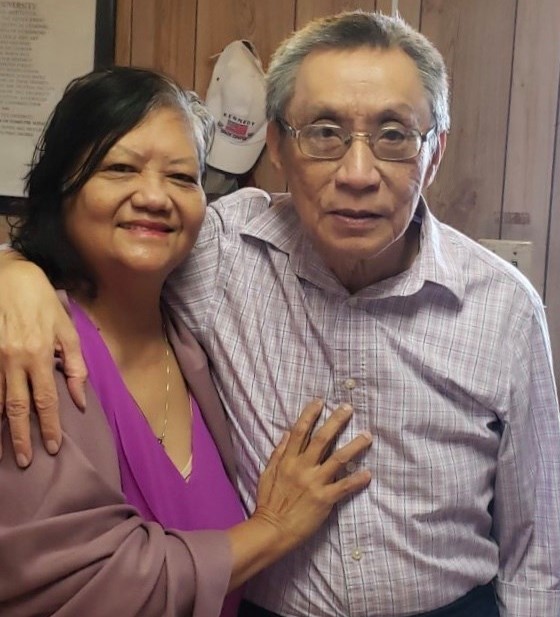 I spent a lot of time playing the Solitaire Card Games. I received a sense of gratification with the awards : Bronze, Silver, Gold, Diamond and Perfect.

I stopped playing Solitaire and spent more time writing and sharing my knowledge and experience via my Posts. I now receive a sense of gratification with the “kind words” by my readers.

In our younger days

Our grand parents and parents had workers who were non-Buddhists. They gave us sweets (for Diwali), dan bauk (for Id) and presents (for Christmas).

During our younger days, we had classmates who professed different religions and lived in perfect harmony.

Saya U Pe Maung Tin was a Christian, but he helped with the translation of Buddhist texts (e.g. Vissuddhi Magga). Saya also translated the two sermons (Dhammacakka and Anatta Lekkhana Sutta) into English at the request of U Tha Win (who published the two sermons in Pali, Burmese and English).

Teacher Kywe (PPBRS) was a Karen Christian teacher who transformed me into a “life long learner”. My mother would ask me to visit her several years before she retired.

Rev. Bernard Taylor (SPHS) retired as a Missionary in the Philippines.

Several RIT alumni (including a few Golden Sponsors) are Christians. They embrace SPZPs.

The term Saya Pu Zaw Pwe was chosen over Saya Ga Daw Pwe (which had religious connotation) so that all students can pay back the metta and cetana of their mentors.

Several Singhs are RIT alumni. They include Meenu, Jagjit, Surinder, and Uttam.

U Razak, U Rachid and U Khin Maung Latt were Muslims who took part in the struggle for Burma’s Independence.

Edward Hla Shwe I and II (SPHS) were Muslims.

Several RIT alumni (including the organizers at RIT Alumni International and 69er gatherings) are Muslims.

Men on the Moon

For the last stanza of my poem “Men on the Moon”, I wrote

“Are we not brothers here on earth?
So let us all unite.
There will be heaven here on earth
If we all cease to fight”.

It seems to me like it was yesterday, but it started somewhere in February or March 1999. I started to receive regular email messages from U Hla Min – affectionately known as “Ko John” in the circle of friends and colleagues from Universities’ Computer Center (UCC), Thamaing, Rangoon – with an attached Excel spreadsheet of RIT alumni list.

I remember the first message has the attached list of 100+ alumni, some of them I knew but most of them I had no clue at all. I kept receiving those regular messages from Ko John for a couple of months – the attached list kept growing, and I wondered how he could keep the list up-to-date even with the help of all alumni. I guess I did not have much interest in this alumni list at the time, since I did not know most of them and was glad that I was not maintaining the list.

Then along came the reply to one of his messages, from Saya U Soe Paing, our mentor from the Universities’ Computer Center days. Saya said some of us, RIT alumni, should start looking into creating a website so we did not have to pass around email messages and spreadsheets of alumni list. It was a wake up call for me, I have been working on the web technologies for several years at the time, for my employer, and I could create an alumni website with minimum effort, or so I thought.

I immediately contacted Ko John that I could start working towards the creating the alumni website. We exchanged email messages, including the possible names for the website, costs incurred for the site, setup costs as well as operating costs and the initial contents for the website. Our email exchanges started with one or two messages a day, then escalated to several messages a day. We agreed on the name of the RIT alumni website, ex-rit.org, and decided that rather than using a free Service Provider, we would have our own website free of advertisements. I calculated the initial/setup and operating costs of the site, and figured that the cost was minimal, I could foot the bills. I figured it was going to be a fun project to work on, little did I know what I was getting into. I promised Ko John that I could get the website up and running in no time, boy what an idiot I was, and not to mention that I failed to foresee the amount of time I have had to put in to make the site stick. I told him that I would work on this project on one and only one condition — he must provide me with contents. I had seen enough websites, especially of special interests and hobby-like sites with stale contents, the information never get updated for months if not for years. I told him I would not wish the RIT alumni site to be like those sites, and he agreed with me that he would work on the content side of our website. We also agreed that we would keep our website away from politics, and commercialism, so our alumni will have their peace of mind when they come to the website.

During our school days we had to learn World History (Feudal system, Renaissance, …) and Burmese History (called “Yazawin”and renamed as “Thamaing”).

Later, after hearing from the Thin sayas, Myin sayas, and Kyar sayas, I became interested in some aspects of history : History of computers and computing, History of University Engineering Education in Burma/Myanmar, “Truth or fiction?” about historical events, …

After the second war (in 1852), the British annexed Lower Burma.

After the third war (in 1885), the British annexed Upper Burma. Burma became a British Colony.

For some time, the British Governors would base their office in India and rule both India and Burma.

It was succeed by BCS (Burma Civil Service) after Burma’s Independence.

The conventional wisdom is that our neighbors entered the country in three phases.

Burmese archeologists and geologists found ancient sites and quite old fossils and bones to indicate that there were early inhabitants, but they could not completely counter the “migration theory” proposed by the British historians.

Pyu is an ancient civilization, and some Pyu sites are named as UNESCO Cultural Heritage Sites.